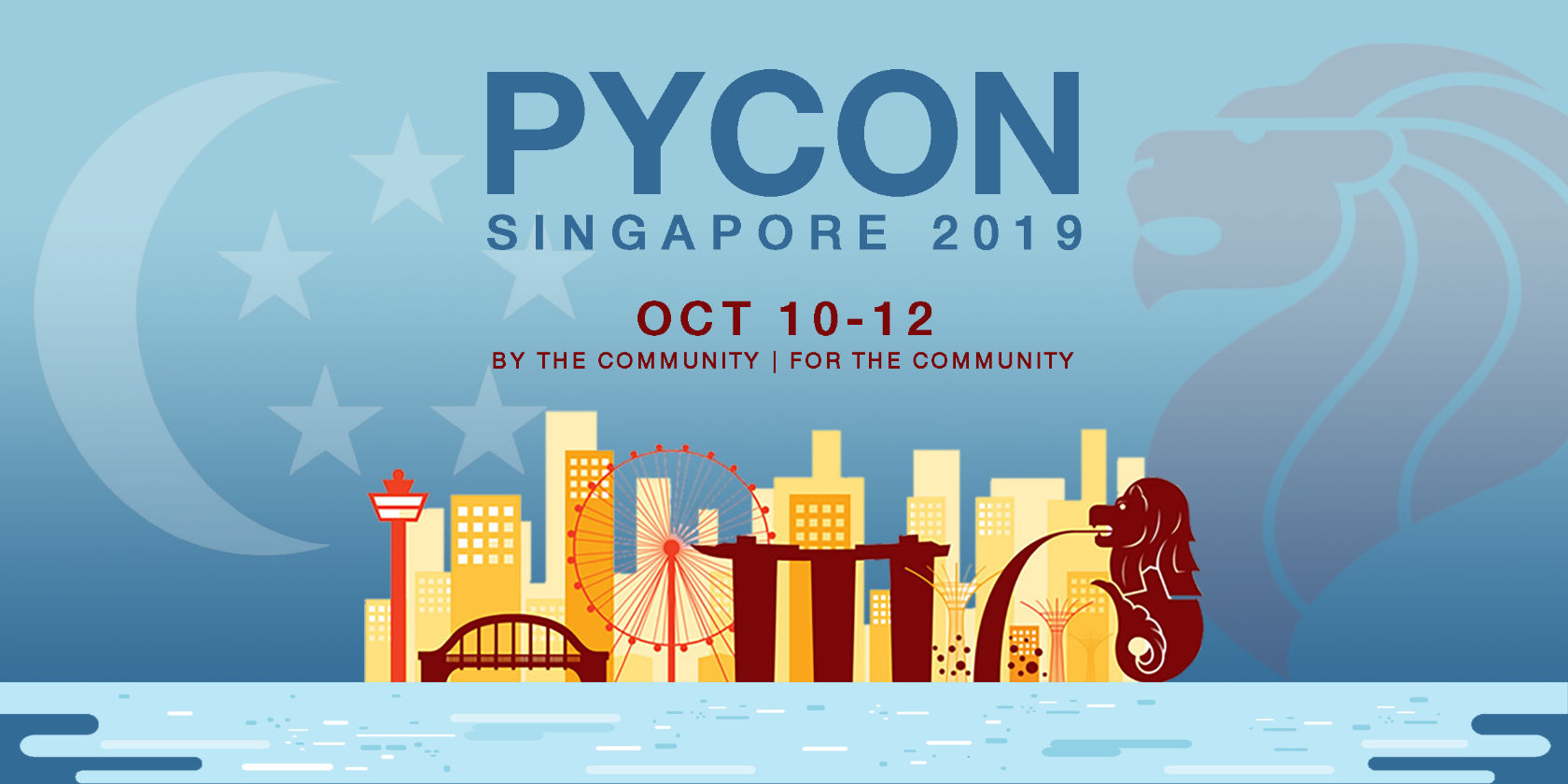 PyCon Singapore 2019 is happening from Thursday to Saturday on October 10 - October 12 2019 at Republic Polytechnic!

We would like to thank all our sponsors, speakers and attendees and we are looking forward to an exciting conference. Everyone should have gotten a welcome email that describes how to find the venue and answers other common questions. If you didn't get this email, please message conference@pycon.sg and we will forward you a copy.

You can now browse our conference schedule here.

Even better, you can download a little app for iOS and Android, the schedule looks even better on the app:

Laurence is the Director for AI Industry Innovation at AI Singapore and is driving the adoption of AI by the Singapore ecosystem through the 100 Experiments and AI Apprenticeship programmes.

A visionary and serial technopreneur, Laurence identified and introduced Singapore's enterprises to:

Laurence graduated from National University of Singapore (NUS) with First Class Honours in Engineering and holds a Masters in Knowledge Engineering from NUS.

Wan Ting is Allianz’s Director Data Science for Asia Pacific. She is responsible for leading and developing a team of data scientists in the region, with the primary aim to drive innovation, deliver end-to-end data science services, and continue the digitalisation of the Allianz business.

Wan Ting also holds the parallel role of Chief Data Scientist at FinOS Technology, a wholly-owned subsidiary of Allianz, which is focused on increasing access to financial services for the underbanked and underinsured.

Between 2017 and 2019, Wan Ting held the office of Managing Director of Girls in Tech Singapore – a non-profit organization that empowers, educates and engages girls and women who are passionate in technology. Wan Ting’s leadership expanded the organization’s community, positively impacted more than 700 participants, and substantially increased working capital for the group – efforts which ensures the Singapore chapter remains relevant, viable and sustainable.

A strong believer that technology can drive the world to be a better place, Wan Ting recognizes the importance of diversity in the digital age and strives towards the day where everyone is empowered in STEM.

Wan Ting holds a Master degree in statistics and a Bachelor degree in Computational Biology, both from the National University of Singapore.

Founder at Gun.io and Author of Zappa

Started three years ago, Zappa was the first project which allowed developers to build and deploy complex event-driven web applications to AWS Lambda, allowing for infinite elasticity and massively reduced operations burdens. Zappa is now used in production by thousands of top companies all around the world, helping them save millions of dollars on operations costs.

In addition to his open source work, he has provided consulting services for dozens of startups, and was most recently a cloud architect and software developer at the Childhood Cancer Data Lab, where he was responsible for the architecture, application development and operations of a system which processed petabytes of genetic data in order to accelerate the the use of artificial intelligence in the hunt for cures of rare cancers.

Rich is known for his fast-paced, wide-ranging and informative talks. He has spoken at DjangoCon, the Chaos Communication Congress, Full Stack Fest and many other conferences across four continents and a dozen countries. In his free time he enjoys skateboarding, trap music and scotch whiskey.

Have a look at our Talks & Speakers page to learn more about the wide range of topics that will be covered at this year's PyCon Singapore.

This year we are offering six awesome tutorials. Tickets for tutorials can be purchased separately from conference tickets.

PyCon Singapore is a conference about the programming language Python. It is a community effort driven by the members of the Python User Group Singapore.